Marine One is the call sign for any Marine Corps aircraft carrying the President. The fleet of helicopters is operated by the HMX-1 “Nighthawks.” HMX-1 uses two unique aircraft types: the Sikorsky VH-3D Sea King and VH-60N Blackhawk, in support of Presidential missions. Marine One can be distinguished by its high-gloss, green and white paint scheme, referred to as "White Tops." The Sea King is capable of transporting 14 passengers while the Blackhawk seats 11 passengers. The Blackhawk helicopters fold easily and can be loaded onto an Air Force C-17 transport aircraft. When the President travels, either domestically or internationally, the helicopters travel with him. 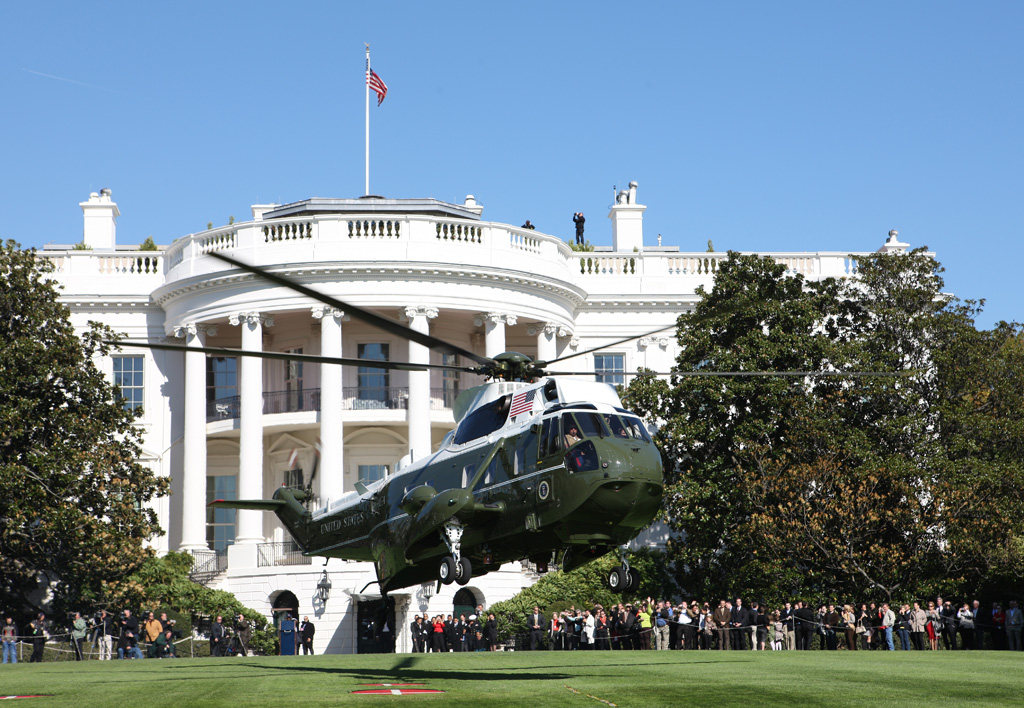 Marine One always flies in a group with identical helicopters, sometimes as many as five. One helicopter carries the President, while the others serve as decoys for would-be assassins on the ground. Upon take-off, these helicopters begin to shift in formation regularly to obscure the location of the President. Every Marine One is equipped with state-of-the-art security and technology. Every time Marine One lands, the President is greeted and received by an armed Marine guard wearing a Marine Blue Dress uniform.