UPDATE: Masks are required for the Museum and the Research Room. The permanent and special exhibits at the George W. Bush Presidential Library and Museum are open to the public. The Research Room is open by appointment only. Schedule a virtual orientation prior to booking travel. We continue to respond to written requests for records at gwbush.library@nara.gov. Please check our website or archives.gov/coronavirus for updates on operating hours and status. 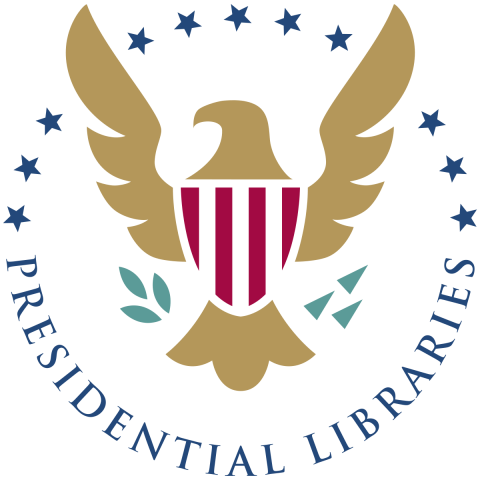 The National Archives and Records Administration (NARA) holds the records of the U.S. Federal Government. For NARA, a “record” is any type of document (textual, electronic, or audiovisual) created or received by the Executive, Legislative, or Judicial branches. These records capture information about how the government interacts with itself and its citizens. Some records are very personal, like census schedules describing where people lived and worked, while others illustrate how the government works, like a memo to the President discussing a policy decision.

NARA has facilities across the country that store governmental records: two large facilities in Washington, DC and College Park, MD; Regional Archives; Federal Records Centers; and Presidential Libraries. Each facility holds a unique body of records, but they are all part of the NARA network.

-President Franklin D. Roosevelt, June 30, 1941, at the dedication of his library

President Franklin D. Roosevelt believed the papers, books, and memorabilia from his Administration were part of the heritage of the United States and as such, should be preserved and made available to the public. In 1938, President Roosevelt announced plans to build a new facility – a Presidential Library – on his estate in Hyde Park, New York. Roosevelt raised the money to build the Library, and then donated the building to NARA.

Inside the Libraries are the papers of the Presidents – from memos transmitted inside the White House, to letters that Presidents wrote to citizens, to records of the policy decisions that changed the way the government operates. With advances in technology, newer Libraries now preserve and make available electronic records, including email and digital images. The Libraries also house and make available vast collections of artifacts as well as audiovisual materials.

Preserving these records, yet making them available to the public, are competing demands. Archivists process the Presidential records – by inventorying them; putting them into special archival folders and boxes; and reviewing them for certain kinds of information that cannot be released to the public - before they become available to researchers. Researchers include students, historians, journalists, genealogists, or professional researchers who use the information to write books, research papers, or news stories.

Not all Presidential records, however, are immediately available for research. Each Library follows laws and regulations governing specifically when and how certain records are made available. The Herbert Hoover through Jimmy Carter Presidential Libraries follow a deed of gift model, where the former President determines access to certain records. Prior to the passage of the 1978 Presidential Records Act (PRA), Presidential materials were seen as the property of the President, so NARA gained possession only through a deed from the President that contained guidance on access. From the Ronald Reagan Presidential Library forward, the PRA changed the fundamental disposition of Presidential materials, stating that any records created or received by the President as part of his constitutional, statutory, or ceremonial duties belong to the people; and therefore, automatically come to NARA at the end of the administration. Under this law, however, the former President still retains privileges, including special access, the right to review materials slated for opening, and the ability to restrict access to certain categories of information for up to 12 years after leaving office. The PRA stipulates that records are closed for five years after the end of an administration, but after that time, are accessible through the Freedom of Information Act. During that initial five years, the records can be accessed only by the current President, the former President, the Congress, and the courts, under the special access terms of the PRA. For the archivists, the PRA provides guidance on restrictions that must be applied to the materials to protect matters, such as personal privacy and national security. Libraries covered by the PRA still have materials that are deeded. The President may deed over to NARA personal materials, such as pre- and post-Presidential papers and political materials.