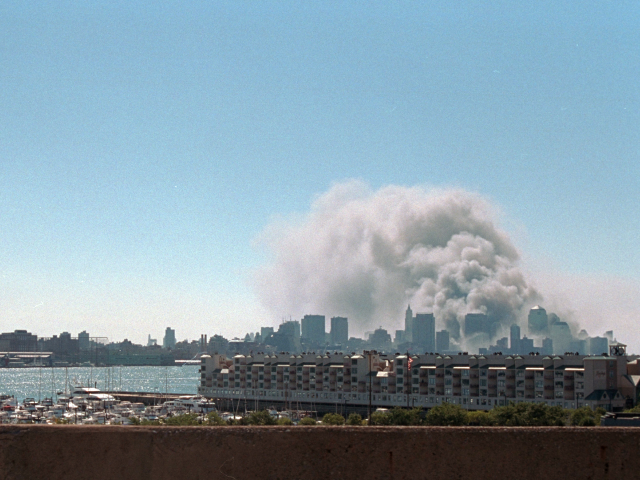 EXPLORE THE EXHIBIT about

As Americans and the world watched, two jetliners slammed into the World Trade Center’s Twin Towers in New York City while another crashed into the Pentagon in Arlington, Virginia. The colossal Twin Towers collapsed a short time later. Passengers on board the fourth airplane, Flight 93, averted even more destruction by trying to regain control of their airplane. As a result, the hijackers downed it in a field outside of Shanksville, Pennsylvania. Flight 93’s intended target was likely either the White House or the United States Capitol.

When President George W. Bush first visited New York City three days after the attacks, he was astonished by the horror of the scene:

As we approached Ground Zero, I felt like I was entering a nightmare. There was little light. Smoke hung in the air mixed with suspended particles of debris, creating an eerie gray curtain…They had hit us harder than I comprehended.

Despite the tragic loss of life and destruction, the nation drew strength and unity. Years after the terrorist attacks, the effects of September 11th have been complex and far-reaching; however, President Bush’s words from his national address given from the Oval Office that evening hold true:

The following carefully selected resources, some of which are from the George W. Bush Presidential Library and Museum, provide further information about the terrorist attacks against the United States on September 11, 2001.

For a more complete guide of the archival records that are open for research, please download the Archival Research Guide:

Document
Material at the George W. Bush Presidential Library Pertaining to the Terrorist Attacks of September 11, 2001 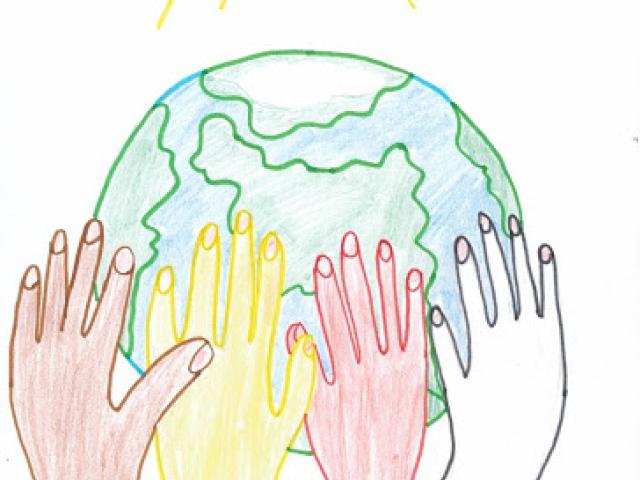 Despite the horrific loss of life and destruction on September 11, 2001, the Nation drew strength and unity from its citizens as well as the world’s citizens. What follows is a small sample of the thousands of condolence materials that poured into the United States’ embassies located around the globe; from individuals, families, schools, businesses, organizations, and governments all representing over 100 countries.
Image 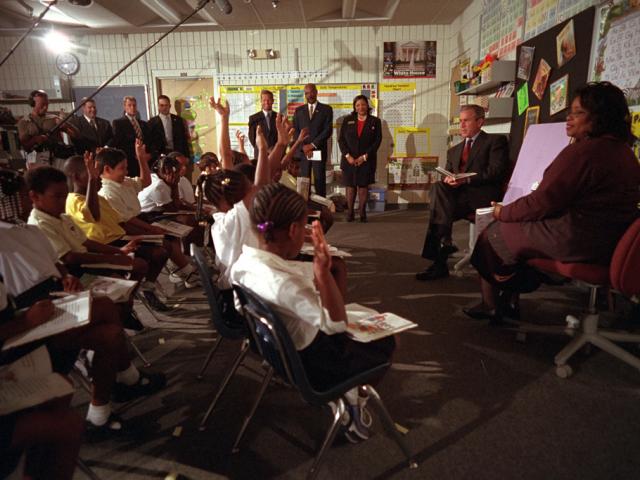 Photo Gallery
This gallery consists of 60 photographs taken from September 11, 2001 through October 30, 2001. These photos focus on the 9/11 terrorist attacks and President George W. Bush's leadership during that terrible time in our nation's history.

Featured Artifact: 9/11 Bullhorn
President George W. Bush used this bullhorn as he addressed a crowd of first responders at Ground Zero in New York City on September 14th saying: “I can hear you. The rest of the world hears you. And the people who knocked these buildings down will hear from all of us soon.”

Voices of 9/11
Jointly maintained by the New York Historical Society and the September 11th Digital Archive, this collection contains over 500 videos of personal responses to the terrorist attacks, recorded in New York City, Washington, DC, and Shanksville, Pennsylvania.

George W. Bush Library and Museum Staff Narratives
For the tenth anniversary in 2011, several staff members of the Library wrote a series of blog posts about their memories of September 11, 2001 and what it means to them to preserve some of the documents, artifacts, and audiovisual materials from that momentous day.

Sneak Peek Document Gallery
The Library’s Sneak Peek Document Gallery contains dozens of documents from President George W. Bush’s time in the White House, including several related to September 11th, such as a note from the President Bush written on the day that the last of the debris was removed from Ground Zero and the proclamation declaring a National Day of Prayer and Remembrance.

September 11: Bearing Witness to History
The National Museum for American History selected 50 objects recovered shortly after the attacks on September 11th from New York City, Arlington, Virginia, and Shanksville, Pennsylvania. The project’s website includes photographs of those objects as well as blog posts with helpful information for teachers.

America Responds Classroom Resources
The Public Broadcasting Service (PBS) has created lesson plans to assist teachers in discussing the events of September 11th and its related topics with their students.

Mrs. Bush's Letters to Students Following Terrorist Attacks
On September 12, 2001, Mrs. Bush wrote a letters to elementary, middle, and high school students offering comfort and guidance in the wake of the attacks. Versions of these letters are available on the Archived White House Website.